Money laundering is an act of converting illegal money to legal money. By illegal money we mean the money which has come from illegal sources of earning money like smuggling, any terrorist activity, drug trade, etc.

A person who is found having money from illegal sources can be made to go to prison, or any other liable punishment. So the persons or rather criminals try to convert their illegal money to legal money so that their money appears clean which is known as money laundering.

The banks have also been directed to look into this matter like if they find any suspicious activity in an account or there is huge transaction of money from an account, etc.
There are three stages in which money laundering is done which we will discuss later.

The three stages of money laundering are: 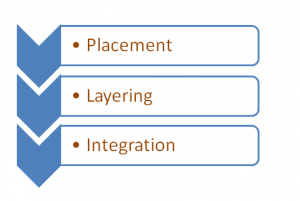 If the money reaches the last stage, it appears to have come from legal sources and does not draw any attention of being illegal money.

To study the issue, in 2002, an act was passed by the Parliament of India called the Prevention of Money laundering Act 2002.
According to Section 3 of the act: “Whosoever directly or indirectly attempts to indulge or knowingly assists or is involved in any process or activity connected with the proceeds of crime and is projecting it as the untainted property shall be guilty of the offence of money laundering”.

A step to prevent money laundering is Know Your Customer (KYC) policy. The KYC helps to ensure that banks’ services are not misused.

Some of the methods of Money Laundering: