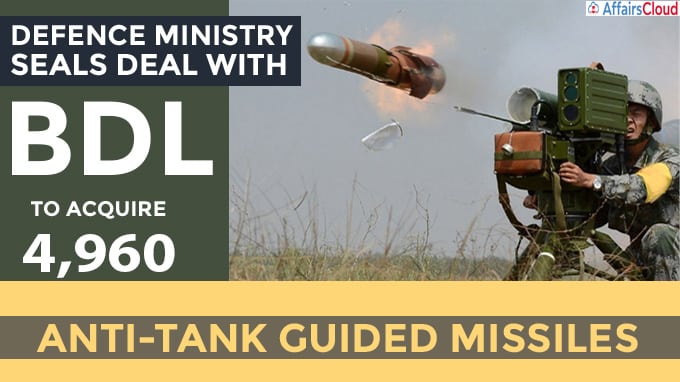 The Acquisition wing of Ministry of Defence (MoD) has signed INR 1, 188 Crore deal with Bharat Dynamics Ltd (BDL) for acquiring 4, 960 MILAN-2T Anti-Tank Guided Missiles (ATGM) for the Indian Army. The deal will boost the ‘Make in India’ initiative of the Indian Government.

The contract was signed by Dipti Mohil Chawla, Joint Secretary (AM & LS) on behalf of Ministry of Defence & Commodore T N Kaul (Retd), Executive Director (marketing) on behalf of BDL.

The latest order is basically a ‘Repeat Order’ of contract, which was signed with BDL on March 8, 2016.

Many defence items have been earmarked exclusively for production in India by the Ministry of Defence.