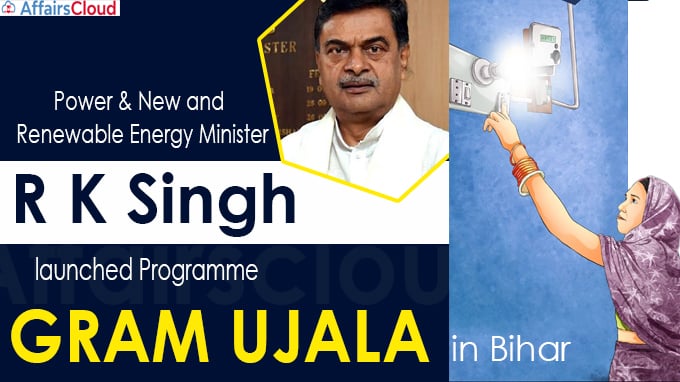 On March 19, 2021, Union Minister of State (Independent Charge) for Power, R K Singh virtually launched the ‘GRAM UJALA’ programme in Arrah, Bihar.  Under the programme, 15 Million (1.5 Crore) LEDs with 3 years of warranty will be given to rural customers on submission of working incandescent bulbs.

Note – According to EESL, India is currently the second-largest LED market in the world by value.

Background– The government’s previous Ujala (Unnat Jyoti by Affordable Lighting for All) scheme had cut LED bulb prices to ₹70 apiece from around ₹310 in 2014.