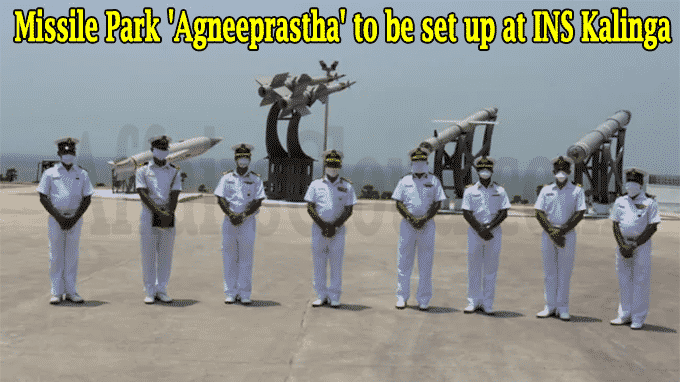 About the solar photovoltaic plant

i.A 2MW plant was commissioned in line with the initiative of the Union government to promote solar power and an objective to achieve 100 GigaWatt(GW) of solar power by 2022 as part of the National Solar Mission.

ii.The plant is the largest plant in the ENC & has an estimated life of 25 years.

Honour– The Park honours the award of the prestigious Unit Citation to INS Kalinga for the year 2018-19.

Establishment– It is set up with a replica of missiles and Ground Support Equipment (GSE) which showcase the evolution of missiles handled by the unit. The exhibits are made from scrap / obsolete inventory which have been reconditioned in-house.

Main attraction– The  P-70 ‘Ametist’, an underwater launched anti-ship missile from the arsenal of the old ‘Chakra’ (Charlie-1 submarine) which was in service with Indian Navy during 1988-91 is the main attraction of the park.

Dedicated to– After the completion of the missile park, it will be dedicated to all the Officers, Sailors and Support Staff of INS Kalinga, who have served in this premier op-support Base of the ENC since its establishment.