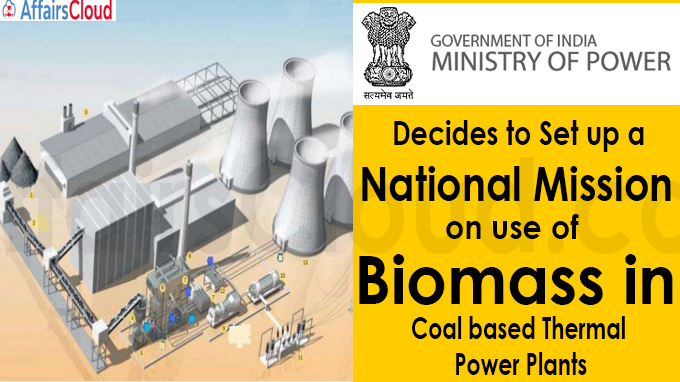 The Ministry of Power is set to establish a National Mission on the use of Biomass in coal-based Thermal Power Plants.

Objectives of National Mission on use of Biomass

i.To increase the level of co-firing from the present 5% to higher level to have a larger share of carbon neutral power generation from the thermal power plants.

ii.To take up Research & Development activity in Boiler design for handling the high amount of silica, alkali in the biomass pellets.

iii.To facilitate overcoming the constraints in supply chain of biomass pellets and agro-residue and its transport upto to the power plants.

Operational  Structure of the National Mission

i.The modalities of operation and structure are still under finalization.

Around 5 Sub-Groups have also been proposed to be formed under the mission.