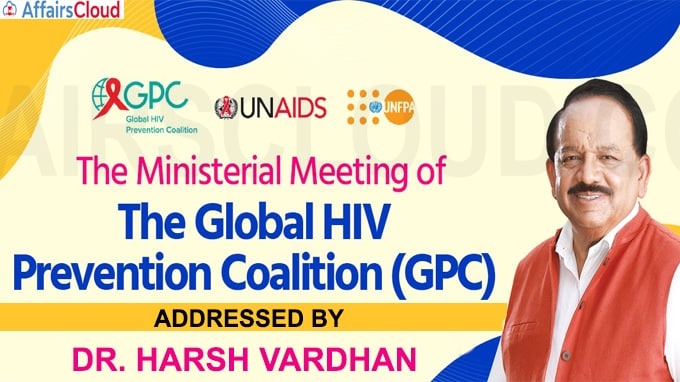 This target envisages the following by 2020:

–The provision of export of Anti-Retroviral (ARV) drugs from India had made a critical impact in controlling the HIV epidemic.

–India’s HIV prevention model is centered around the concept of ‘Social Contracting’ through which the Targeted Interventions (TI) programme is implemented to provide outreach, service delivery, counseling & testing and ensuring linkages to HIV care.

–Advisories and guidance notes were issued by National AIDS Control Organisation (NACO) from time to time aligned with global guidelines.

–India had revamped HIV Counselling & Testing Services (HCTS) along with community based screening of HIV for improving early diagnosis.

–The coverage of testing for HIV was increased to achieve the Elimination of Mother to Child Transmission of HIV.

–Under the Test and Treat Policy, approximately 50,000 PLHIV who were lost to follow-up were linked back to ARV Treatment services through Mission SAMPARK.

–Viral Load Testing facilities have been scaled up from the existing 10 public sector labs to 64 labs across the country.

–The enactment of the Human Immunodeficiency Virus and Acquired Immune Deficiency Syndrome (Prevention and Control) Act, 2017 has provided a legal and enabling framework for safeguarding the human rights of the infected and affected populations.