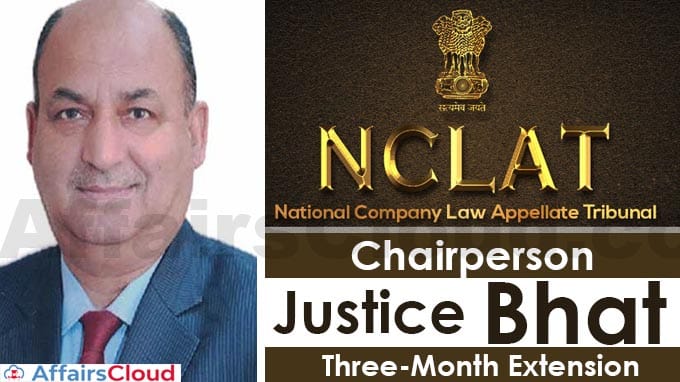 On July 6, 2020 The Ministry of Corporate Affairs(MCA) has extended the term of Justice(Retd.) Bansi Lal Bhat, as the acting chairperson of National Company Law Appellate Tribunal(NCLAT) by 3 month, effective from June 15. He was appointed as acting chairperson on March 15, after Justice SJ Mukhopadhaya completed his term in the office.

i.He served as a Principal District and Sessions Judge in Jammu, Srinagar Poonch, Reasi and Kathua. He served as the Presiding Officer of Motor Accidents Claims Tribunal, Jammu for a year.

iii.He was appointed as Additional Judge of the High Court of Jammu and Kashmir in 2013 and as permanent Judge in 2014. He was appointed as the President of J&K State Consumer Disputes Redressal Commission (JKSCDRC) in December, 2016 and resigned after 19 days.

iv.He was appointed as Judicial Member in the newly set up Armed Forces Tribunal, Regional Bench Srinagar at Jammu and also presided over Benches at Chandigarh, Shimla, Jaipur and Delhi.

v.He resigned from the position after he was appointed as Judicial Member of National Company Law Appellate Tribunal, New Delhi in October 17,2017.

i.NCLAT was constituted under Section 410 of the Companies Act, 2013 for hearing appeals against the orders of the National Company Law Tribunal (NCLT).

ii.It is also the hears appeals against the orders passed by  the Competition Commission of India (CCI) and the Insolvency and Bankruptcy Board of India (IBBI)
Headquarters– New Delhi, India