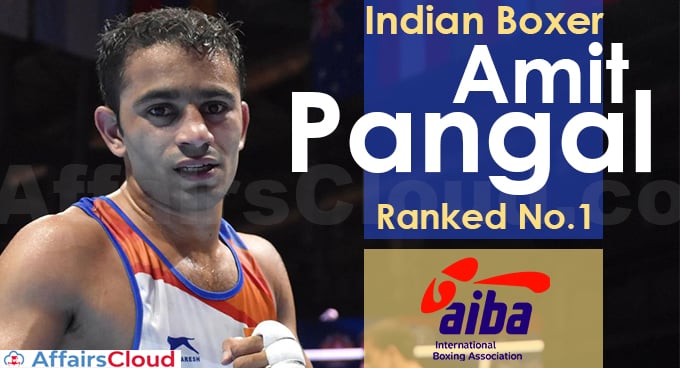 On July 06, 2020, The International Boxing Association (AIBA) has released the world rankings 2020 for women’s and men’s boxing, as per which Indian amateur boxer & World championships silver medallist Amit Panghal (24) has been ranked first in the world ranking of men’s elite of 52 kg weight category with a total of 1300 points. At the same time, Manju Rani has got the second place in women’s rankings in 48 kg with 1175 points.

i.Panghal took the top spot by overtaking Olympic champion Shakhobidin Zoirov of Uzbekistan.He is the only Indian boxer in the current rankings in both categories (men and women) to be at the top rankings.

Here’s the list of other Indian boxers in AIBA World Ranking(Top 5):