The Dadasaheb Phalke Award, the highest award in Cinema is presented annually at the National Film Awards Ceremony. 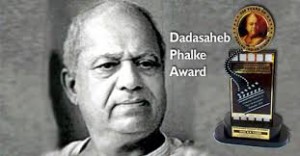