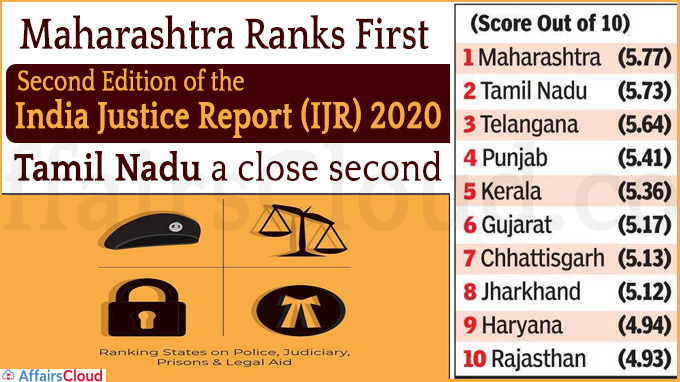 According to the 2nd Edition of India Justice Report (IJR) 2020, Maharashtra (with 5.77 points) regained the Top spot for Better Justice Delivery among 18 Large and mid-sized states (Population over one crore each), it was followed by Tamil Nadu (with 5.73 points) & Telangana (5.64 points). In the Category of 7 small states (Population less than one crore each), Tripura topped the list followed by Sikkim (4.48 points) & Goa(4.42 points).

The report is based on 53 Indicators. It is also based on

The full report can be accessed here