Pension week is being celebrated from November 30 to December 6, the central function of the event was inaugurated by Minister of State(I/C) for Labour and Employment, Santhosh Gangwar. The Pension week aims at enrolling 1 crore recipients under the Pradhan Mantri Shram Yogi Maan-dhan (PM-SYM) and 50 lakh recipients under National Pension Scheme for traders and self-employees (NPS-Traders) by March 2020. 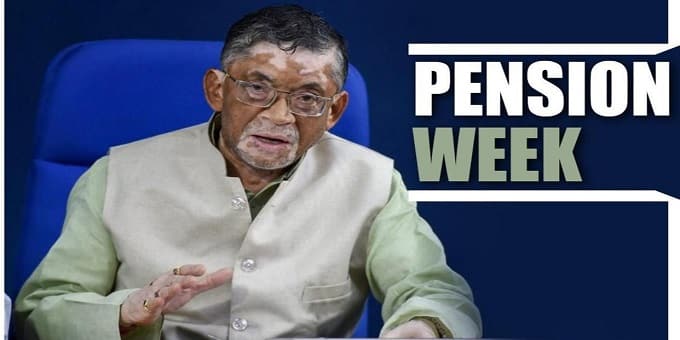 i.The scheme is for unorganized workers like street vendors, mid-day meal workers, head loaders, brick kiln workers, cobblers, domestic workers,etc. The eligibility of the person is their monthly income should not be more than Rs.15,000 and they should be between 18-40 years old and they should not be a member of any organized sectors like New Pension Scheme (NPS), Employees’ State Insurance Corporation (ESIC) scheme or Employees’ Provident Fund Organization (EPFO) and he/she should be an Income Tax (IT) payer.

i.The scheme is for protection of old age people and security of self employed persons. Their eligibility is, their annual income should not be more than Rs.1.5 crore, and their age should be between 18 and 40 years. And also they should not be engaged in any organized sectors like EPF (Employees’ Provident Fund Organization), NPS (National Pension System) or ESIC (Employees’ State Insurance Corporation).

iii. To enroll in the scheme the subscriber needs his/her Aadhar card and Jan-dhan savings bank account the enrollment requires only 2-3 minutes time and the contribution has been kept at the lowest level of Rs.55 to Rs.200 per month depending upon the age of the subscriber.