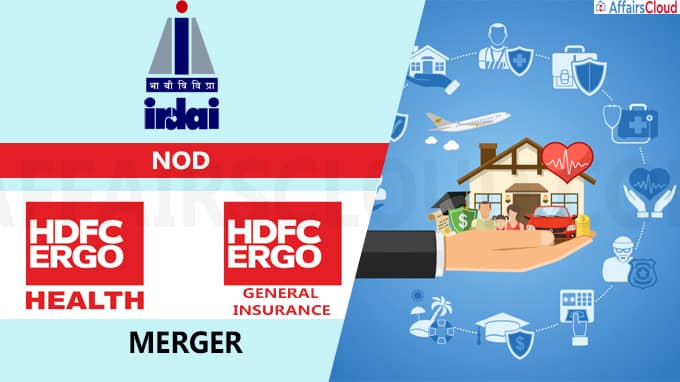 Key Info about the Amalgamation

i.As per the scheme of amalgamation through a share swap deal, HDFC ERGO Health will be dissolved without winding up.

iii.HDFC will hold 50.58% stake in HDFC ERGO, after the completion of the merger.

On May 22, 2020 Insurance Regulatory and Development Authority of India(IRDAI) has approved the proposal of the state owned lender Union Bank of India-UBI(which holds 25.1% stake in Star Union Dai-Chi Life) to continue with its 30% holding in IndiaFirst Life Insurance.

About Insurance Regulatory and Development Authority of India (IRDAI):