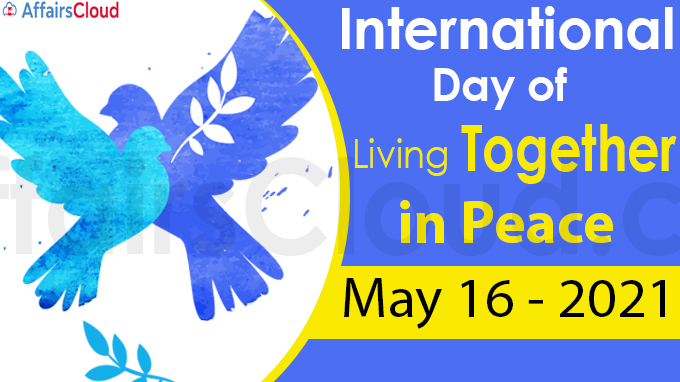 The United Nations(UN)’s International Day of Living Together in Peace is annually observed across the globe on May 16 to promote peace, tolerance, inclusion, understanding and solidarity.

The day aims to support the desire to live and act together, united in differences and diversity, to build a sustainable world of peace, solidarity and harmony.

i.The United Nations General Assembly(UNGA) adopted the resolution A/RES/72/130 on 8th December 2017 and proclaimed the 16th May of every year as the International Day of Living Together in Peace.

ii.In 1999, The UNGA adopted the resolution A/RES/53/243, the declaration and programme of action on a culture of peace, which serves as the Universal mandate for the international community.

iii.This also highlights the needs to eliminate all forms of discrimination and intolerance.