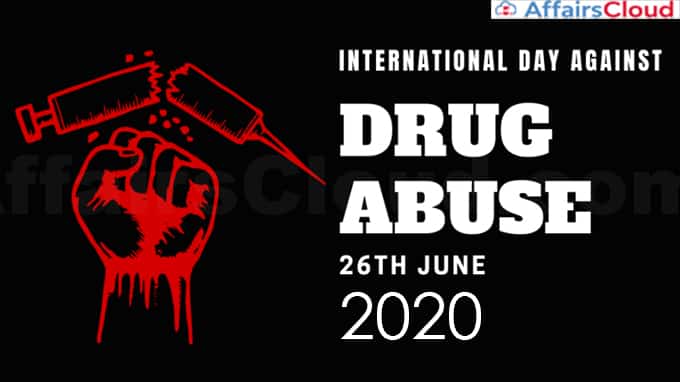 United Nations International Day Against Drug Abuse and Illicit Trafficking is observed annually on June 26th to create awareness to the general public on the global problems caused due to drug abuse and illicit trafficking.

The theme of 2020 International Day Against Drug Abuse and Illicit Trafficking is “Better Knowledge for better care” to educate the need for understanding about global drug problems.

Note: The events of this year are conducted as an online campaign due to the current pandemic situations.

The United Nations General Assembly (UNGA), decides to observe 26th June as the International Day Against Drug Abuse and Illicit Trafficking in its resolution A/RES/42/112 of  December 1987.

The social media campaign – “#FactsForSolidarity” package of the United Nations Office on Drugs and Crime (UNODC) provides the resources for the individuals and non-profit organisations of the member nations to campaign the day on social media.

The report consists of 6 booklets:

Key Points of the report:

iii.Cannabis, the most used drug across the world in 2018, with an estimated 192 million people using it worldwide, based on data from 69 countries.