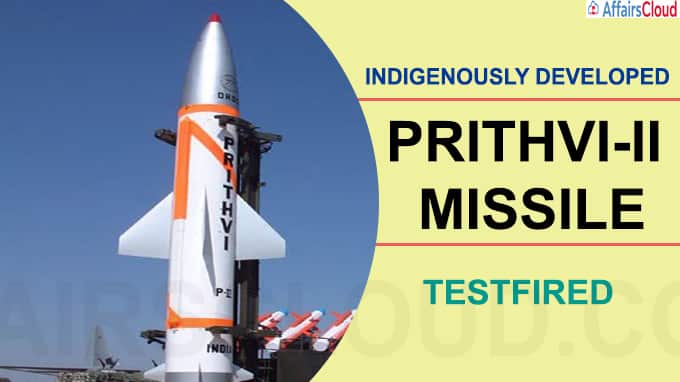 On September 23, 2020, as a part of routine trail India successfully conducted the night testfire of its indigenously developed nuclear capable surface-to-surface Prithvi-II missile which was carried out from a mobile launcher from launch complex-3 of the Integrated Test Range (ITR) at Chandipur, Odisha. The entire launch activity was carried out by Strategic Force Command (SFC) of the Army and monitored by scientists of Defence Research and Development Organisation (DRDO). The missile was randomly chosen from the production stock.

It was the first missile to have been developed by DRDO under the Integrated Guided Missile Development Programme (IGMDP) and was already inducted into the armoury of the defence forces in 2003.