INS Kiltan is the third of the four ASW corvettes to be built under Project-28.It has been designed by Directorate of Naval Design and has been built by Garden Reach Shipbuilders and Engineers (GRSE), Kolkata. 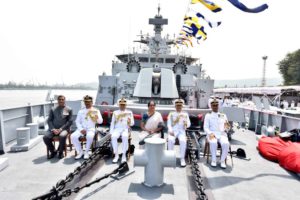