INS Kalvari is the first of the six Scorpene-class submarines being built by Mazagon Dock Limited (MDL). 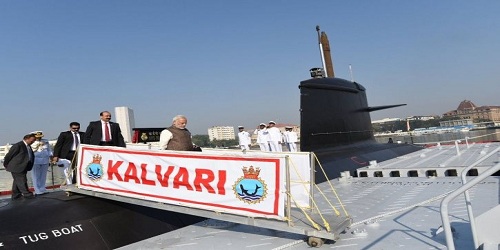