On March 12, 2020, According to the report “Developments in India’s Balance of Payments during the third quarter (October-December) of 2019-20”,released by Reserve Bank of India (RBI), India’s current account deficit (CAD) fell sharply to $ 1.4 billion, or 0.2 % of GDP (gross domestic product), for the October-December 2019 quarter of the current financial year (FY 2019-20) due to the lower trade deficit,which  coming down to $ 34.6 billion and an increase in net services revenue at $ 21.9 billion. 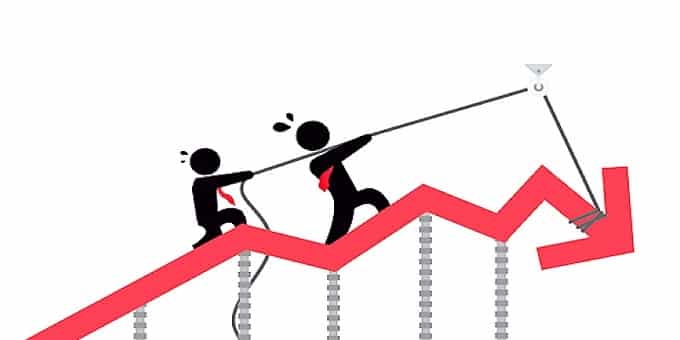 iii.Foreign portfolio investments: It posted a net inflow of $ 7.8 billion compared to an outflow of $ 2.1 billion in 2018-19 due to net purchases in both the debt and equity markets.

iv.ECB: The net inflow of external commercial borrowings (ECB) by Indian companies uplifted to $ 3.2 billion for the 3rd quarter of FY-20,an up from the $ 2 billion in the year-ago period.

vi.CAD figures came on the day the rupee closed at 74.24 against the dollar. This is the lowest level of the rupee in the last 17 months.

iii.The Foreign portfolio investments witnessed a net inflow of $ 15.1 billion in 3rd quarter of FY -20 as against an outflow of  $ 11.9 billion a year ago. For the first 9 months of FY-20 foreign exchange reserves accumulated at US$ 40.7 billion.

About CAD: It is the difference between foreign exchange inflows and outflows.