On 18th October 2015 Chinese smartphone maker Vivo replaced PepsiCo as the title sponsor of IPL.The initial contract is for 2 years.

PepsiCo became the title sponsor in 2013 for 5 season.The amount paid by PepsiCo for the sponsorship was Rs. 396.8 crore.

The IPL tournament from 2008 to 2012 was sponsored by DLF  by paying an amount of Rs. 200 crore.Before Pepsi the sponsor was DLF for IPL. 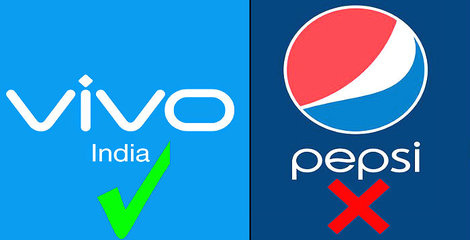 The PepsiCo.s decision to end the deal with IPL was due to the spot- fixing scandal happened during 2013 game.

During the 2013 IPL season Ankeet Chavan, Ajit Chandila and S Sreesanth were arrested over charges of spot- fixing.Also there was an allegation that t Chennai Super Kings team principle Gurunath Meiyappan, and Raj Kundra, co- owner of Rajasthan Royals, were involved in betting.As a result BCCI banned the crickters included in the sacndal.

For the investigation Supreme court appointed Justice Mudgal committee. Supreme Court appointed the Justice RM Lodha panel and the amount of punishment was decided, with CSK and Rajasthan Royals banned from the tournament for two years.

Meiyappan and Kundra were banned for life

The Official apparel sponsors of the Indian Cricket Team – Nike