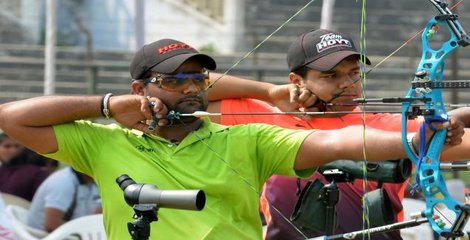 Compound – Men (Ranking Round)
Abhishek topped the ranking round with 701 points, one point ahead of Ch. Jignas of the Services