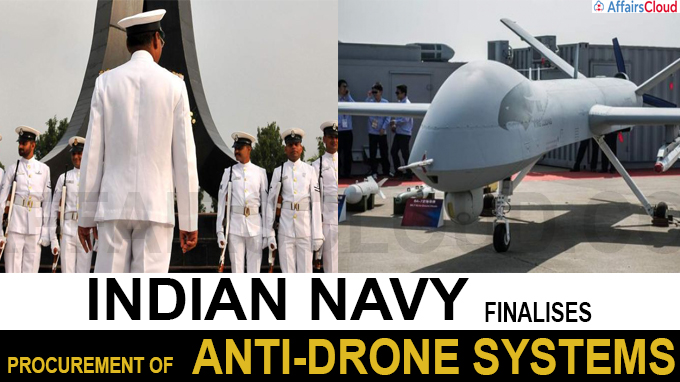 Indian Navy has finalised the contract for procurement of a batch of Israeli ‘SMASH 2000 Plus fire Control Systems’ Anti-Drone Systems which is capable of destroying high-speed enemy drones. It is manufactured by Israel Firm ‘Smart Shooter’.

i.The Smash Fire Control Systems Are Electro-optical rifle sights which will be mounted on Assault rifles such as AK-47/103 rifles.

ii.They are expected to be delivered by 2021.

ii.It is equipped with Targeting Algorithms to track and hit small drones which are capable of flying at high speeds.

iii.The procurement will improve the operational effectiveness of Soldiers by improving their accuracy and speed of shooting targets.

iv.The SMASH 2000 Plus is based on SMASH 2000 System and is equipped with Advanced Counter-UAS (Unmanned Aerial Systems) Mode to counter emerging drone threat.

v.It will be used in border security, bases and strategic facilities protection.

India’s Weapon Procurement from US Jumps to USD 3.4 Billion in 2020:

i.On August 11, 2020, the Defence Acquisition Council (DAC) in its meeting held under the Chairmanship of Raksha Mantri Shri Rajnath Singh approved the capital acquisitions of various platforms and equipment for an approximate cost of Rs 8,722.38 crore.