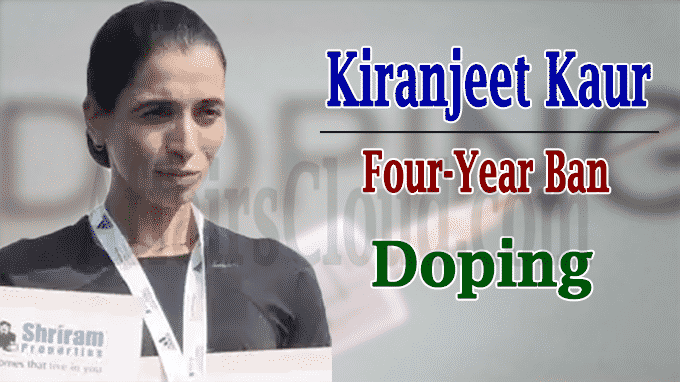 The World Athletics anti-doping body handed a four year ban to 32 year old Kiranjeet Kaur, long-distance runner, for violation of anti-doping rule with the abuse of Enobosarm and its metabolite. The samples were tested in the World Anti-Doping Agency (WADA) accredited laboratory in Doha since the National Dope Testing laboratory is under suspension from the World Anti-Doping Agency.

i.The period of her ban started from December 15 and on February 26 she was provisionally suspended by World Athletics

ii.The Athletics Integrity Unit(AIU) disqualified Kaur from all the competitive results from 15th December 2019 to 26th February 2020 including the gold medal she won in TATA Steel Kolkata 25K and fortified the titles, awards, medals, points, prizes and appearance money by the article 9 ADR and Article 10.8 ADR.

iii.Kaur mentioned that she is under medication for typhoid and additional medication for her chest pain and she has no knowledge about their contents and waived her right for confirmatory ‘B’ sample test.

iv.The AIU issued the notice of charge on 30th March 2020 and offered her an opportunity to admit the violation and accept the 4year ban

v.Kaur admitted the violation of anti-doping rules and accepted the ban on 30th April 2020.