UN report said that India will be the fastest-growing large economy in the world. India’s Economy is expected to grow by 7.3% in 2016 7.5 per cent in 2017. India passes China to become fastest growing economy. This is the result of the recent policies of the Indian government. India is classified as a newly industrialized country. India is on top by lagging china. 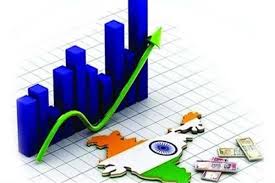