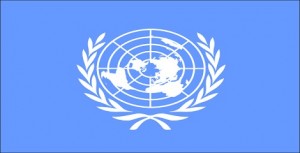 The survey has forecasted 7.1% growth for Indian economy in 2017. The growth will come on the back of increased Government spending on infrastructure projects and remonetisation activity by Reserve Bank of India, which is expected to restore consumption patterns.

Quick Facts about United Nations Economic and Social Commission for Asia and the Pacific (ESCAP):

It is one of the five regional commissions of the United Nations Economic and Social Council, established to enhance economic cooperation among member states.