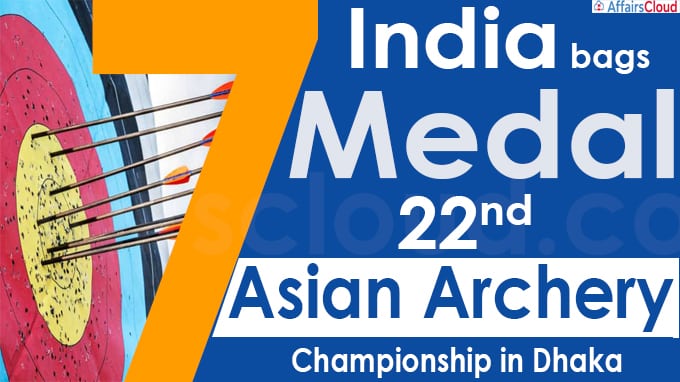 India finished 2nd in the overall medal tally at the 22nd Asian Archery Championship 2021 that was held in the Bangladeshi capital of Dhaka from 13 to 18 November 2021. The Indian contingent has won a total of 7 medals (1 Gold, 4 Silver & 2 Bronze), while South Korea with a total of 15 medals topped the table.

i. Archer, Jyothi Surekha Vennam, won India’s only gold medal in the tournament, in the Compound – Women’s Individual event.

ii.Jyothi Vennam also won Silver medal in the tournament, in Compound – Mixed Team event, after partnering with Rishabh Yadav. They were defeated in the finals by a South Korean team by 155-154 points.

Note – Previously in the 2019 Asian Archery Championships that was held in Bangkok, Thailand also, India finished 2nd with 7 medals, after South Korea. 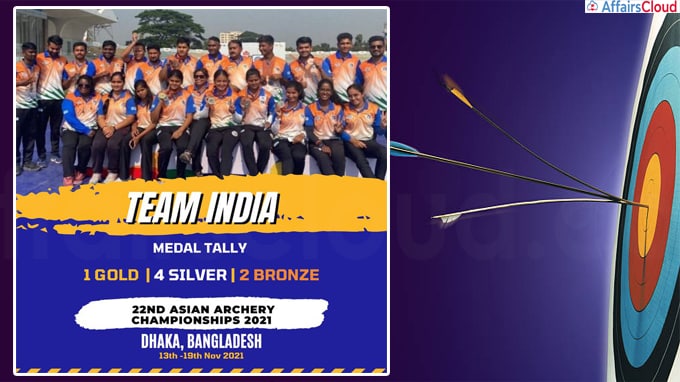 In August 2021, India secured the Top spot in the total medal tally at the 2021s World Archery Youth Championships, with a total of 15 Medals (8-Gold, 2-Silver, 5-Bronze), that was held in Wroclaw, Poland

About Archery Association of India: