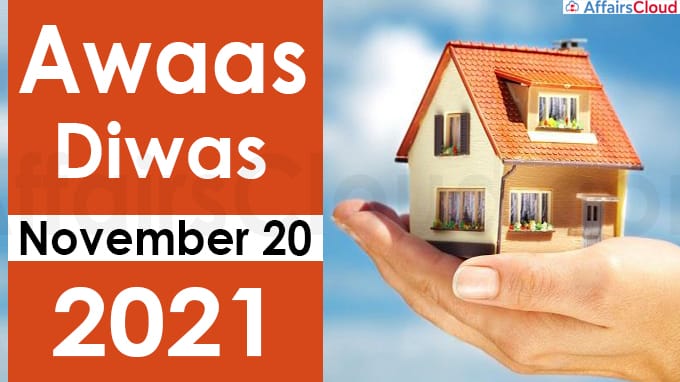 The ‘Awaas Diwas’ is celebrated annually on November 20 to commemorate the launch of ‘Pradhan Mantri Awaas Yojana- Gramin’ (PMAY-G). It aims to provide ‘Housing for All by 2022’.

i.IAY, a Rural Housing Programme was started as an independent scheme in January 1996.

ii.IAY restructured as PMAY-G with effect from 1st April 2016.

i.The PM Narendra Modi on November 20, 2016 launched PMAY-G at Agra, Uttar Pradesh, Under the ambit of the Ministry of Rural Development.

The cost of unit assistance is shared between Central and State Governments in the ratio 60:40 in plain areas and 90:10 for North Eastern and hilly states.

About Ministry  of Rural Development: