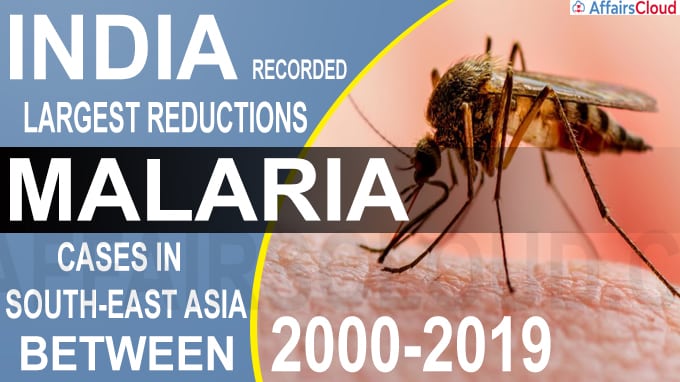 In accordance with the “World Malaria Report 2020” released by World Health Organisation (WHO), India recorded the largest reduction of malaria cases in South-East Asia from 20 million in 2000 to about 5.6 million in 2019.

–India showed a reduction in cases and deaths of 18% and 20%, respectively, over the last 2 years.

–Instead of the above mentioned decline, India still accounted for 88% of malaria cases and 86% of malaria deaths in the WHO South-East Asia Region in 2019.

–There is a funding shortfall for curbing this disease. In 2019, total funding reached USD 3 billion against a global target of USD 5.6 billion.

ii.According to the Global Tuberculosis Report 2020 released by WHO, there has been a 25 to 30 % drop in Tuberculosis (TB) case notification across three high-burden countries – India, Indonesia and Philippines between January-June 2020.