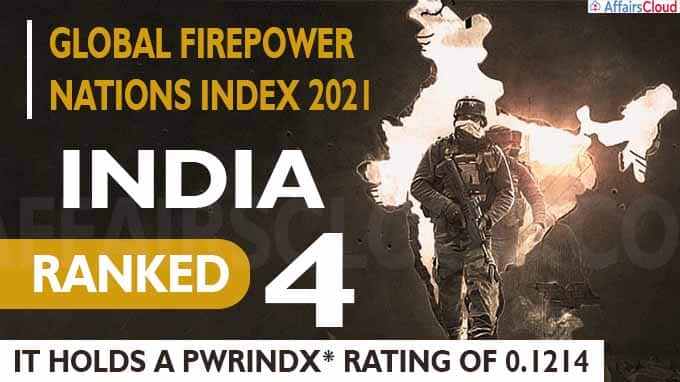 According to the defence analytics website, Global Firepower’s  Global Firepower Nations Index 2021 -‘Military Strength Ranking’ an annually updated list of 138 modern military nations, India is ranked 4th with PwrIndx (Power Index) rating of 0.1214 where 0.0000 rating is considered as ‘perfect’. The ranking has been topped by the United States of America (USA).

Following is the list of top 5 nations with its strength:

It has 904 attack helicopters and 11 aircraft carriers along with 40,000 armored fighting vehicles and 68 submarines.

It has 119 attack helicopters, 27 destroyers, and 2 helicopter carriers.