Ensuring peace, prosperity and security as an agenda the foreign ministers of India, Japan and the United States held their first trilateral meeting in New York which highlighted the growing convergence of their respective countries in the Indo-Pacific region and collaboration on maritime security. This meeting was held on sidelines of last week’s United States Strategic and Commercial Dialogue. 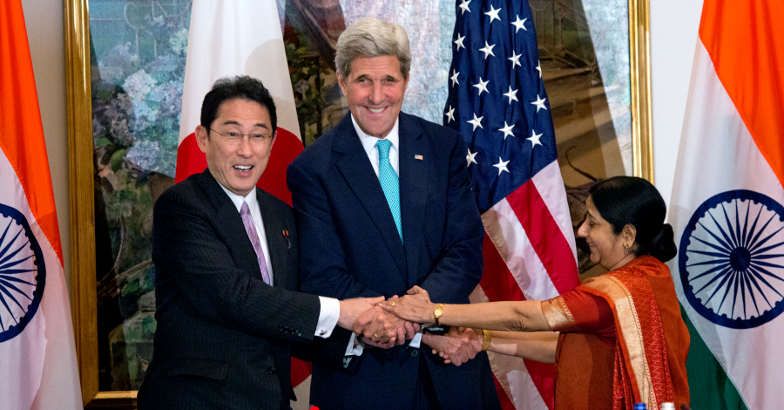