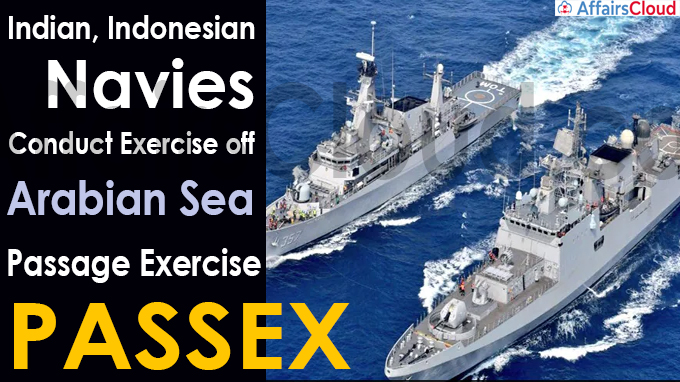 The Indian and Indonesian Navies conducted Passage Exercise (PASSEX) in the Southern Arabian sea. The main aim of the exercise was to improve interoperability and understanding between the Navy units of two countries.

i.From the Indian Navy, INS Sharda, an Offshore Patrol Vessel (OPV) with a Chetak helicopter participated in the exercise.