India ,whose power demand grows day by day is now concentrating on Renewable energy sources and Nuclear power to meet its demand. In a move to further increase the Nuclear power generation potential of India, it has signed an MoU with nuclear energy pioneer France. 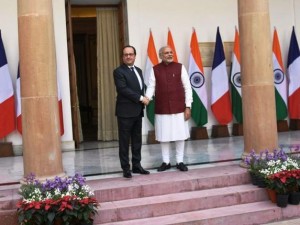 India MoU with Norway & collaborates with US and Japan