Union Minister for Science, Technology and Earth Science, Dr. Harsh Vardhan met his Russian counterpart Mr. Dmitry Livanov, Minister of Science and Education of the Russian Federation on the sidelines of the BRICS ministerial meeting(in Moscow). India had put in motion National Super Computing Mission accordingly being furnished by the Department of Science and Technology and the Department of Electronics and Information Technology. 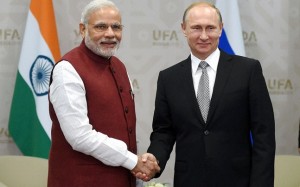