As per report by Brand Finance India has moved up one position to become the world’s seventh most valued ‘nation brand’ with an increase of 32% in its brand value to USD2.10 billion in the last one year, the highest among the top-20 countries and in the league of top 10. The US remains on the top with a valuation of $19.7 billion. 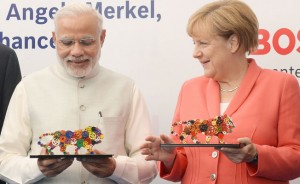 The report said that India has seen its brand value increasing on the back of ‘Incredible India’ campaign. Germany suffered due to the recent scandal involving Volkswagen cars.

World’s leading independent brand valuation and strategy consultancy. Every year Brand Finance values over 3,500 brands – across all sectors and geographies. The results are published in the media to raise awareness of brands as valuable business assets, which must be managed and invested in. Other Brand Finance studies include the Nation Brands 100, the Football 100 and the Global Intangible Finance Tracker (GIFT).