On January 01, 2020 India and Pakistan exchanged lists of nuclear installations. The 2 countries have agreed to not be targeted incase of hostilities in continuation of the 3 decade old tradition. The exchanges were shared through diplomatic channels simultaneously at New Delhi and Islamabad (Pakistan).The other events in brief are as follows: 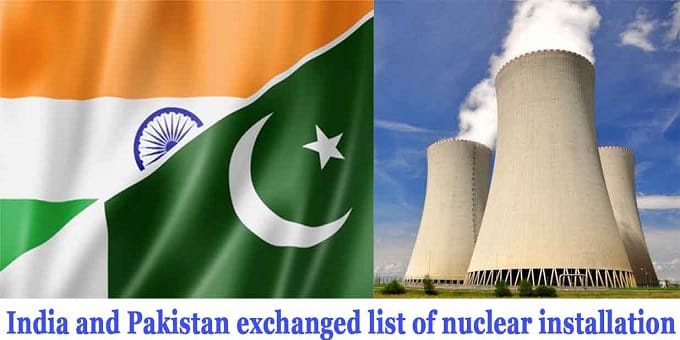 Data shared by India and Pakistan:

ii.Data of both country nationals in prison shared: India and Pakistan have also shared lists of their nationals held in prisons in other country. India also seeks for early release of its civilian prisoners, missing defence personnel and fishermen.