The Prime Minister of India Shri Narendra Modi paid a 2 day visit to the state of Karnataka from January 2-3, 2019 to attend events in Tumakuru and Bengaluru cities of the state. He arrived at the yelahanka air base, Bengaluru. The visit in detail are as follows: 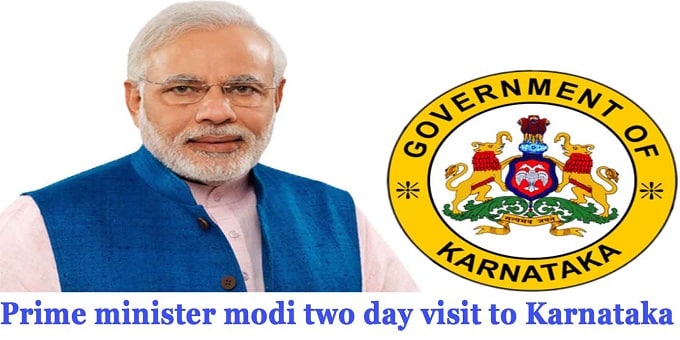 ii.Toll free number started: The Union Minister for Agriculture and Farmers’ Welfare (MoAFW), Shri Narendra Singh Tomar announced the launch of toll free number ‘155261’ for the beneficiaries of PM-Kisan Yojana where the farmers can know about their payment status.

5 high-tech DRDO labs with under 35year aged scientists inaugurated:
PM Modi inaugurated 5 new scientific DRDO (Defence Research Development Organisation) laboratories in Bengaluru. In this laboratory only scientists under the age of 35 years will be deployed. These scientists will develop cutting-edge and futuristic technologies for military weaponry.

ii.Director selection: The directors of these 5 laboratories has been selected by a committee chaired by Principal Scientific Advisor(PSA) to the government, Krishnaswamy VijayRaghavan.

iii.Background: Shri Modi after winning the 2014 elections proposed to establish 5 DRDO laboratories in which everyone including the director was under the age of 35 years.

Key speeches: Some of the key speeches while distributing the awards are as follows:

ii.The govt aims to strengthen fisheries sector through 3 levels. They are

iii.Creating of new category in the Krishi Karman Award for Nutri Cereals, Horticulture and organic culture was also requested.

107th Indian science congress inaugurated in Bengaluru:
Prime Minister was inaugurating the 107th Indian Science Congress (ISC) at the University of Agricultural Sciences (UAS) in Bengaluru. The theme of ISC for the year 2020 was “Science and Technology: Rural Development”.

ii.Editions held in Bengaluru: This is the 3rd time Bengaluru hosts ISC after 1987 and 2002. It is also the 4th time Karnataka hosts such event after organising ISC lastly in 2016 in Mysuru.