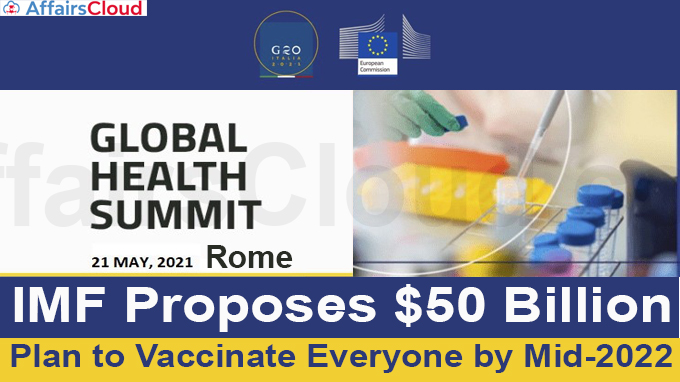 The International Monetary Fund (IMF) has put forth an USD 50 Billion proposal to end the COVID-19 Pandemic, it has set a target of vaccinating at least 40% of the world’s population by end of 2021 & remaining 60% by first half of 2022.

iii.The proposal states that the advanced economies which have been asked to contribute the largest to the USD 50 Billion proposal, will benefit the most out of it.

v.It also states that  based on the current trend, vaccine coverage in India will remain under 35% by December 2021.