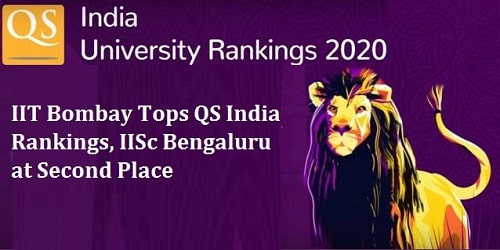 Key points:
i. The first edition of QS India ranking was released in 2019. 107 institutions were evaluated in the ranking.
ii. The ranking has been based on 8 parameters which have different weightage. It includes academic reputation (30%), employer reputation (20%), faculty student ratio (20%), staff with PhD (10%), Papers per faculty (10%), citation per paper (5%), international faculty (2.5%) and international students (2.5%).
Here’s the list of top 10 Institutes in the QS India University Rankings 2020: