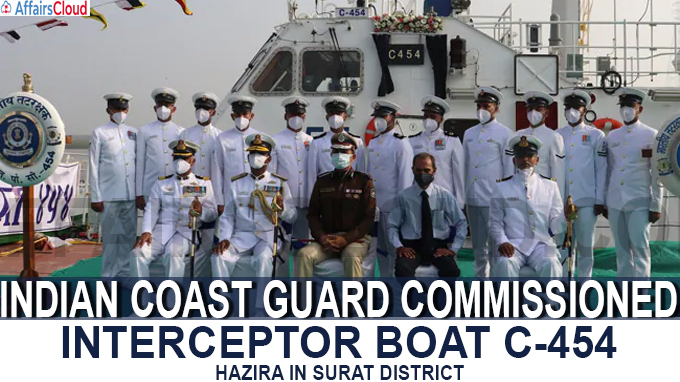 i.The ship will be used for tightening security along Gujarat’s 1600 km maritime borders.

i.C-454 will be used for patrolling, preventing illicit activities like infiltration, smuggling, and illegal fishing activities along the International borders. It is also capable of operating in shallow waters.

iv.C-454 will operate from Gujarat under the control of Commander Coast Guard Region (North-West) of ICG.

v.It is capable of travelling at a speed of 45 Knots (85 Kilometres per hour), and has endurance of 500 nautical miles at 25 knots of speed.