On January 24, 2020 International Cricket Council (ICC) had released the ICC test ranking in which India is at the top with 120 ratings. Indian Cricket team Captain Virat Kohli remains top in the ICC Test player ranking for batsmen with 928 points. 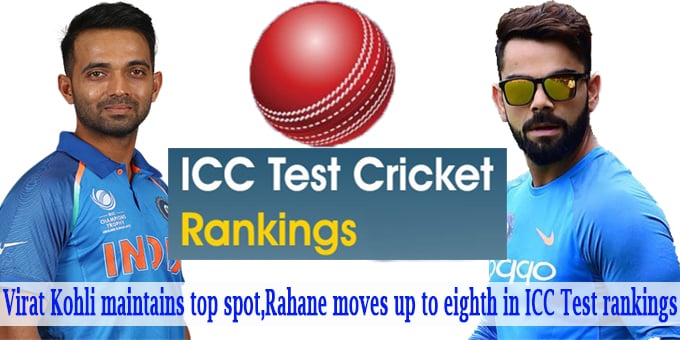 ii.Cheteshwar Pujara is at the 6th position with 791 points and Ajinkya Rahane at 8th with 759 points.

iii.The top ten is rounded off by  Kane Williamson of New Zealand on fourth, David Warner of Australia on fifth, Babar Azam of Pakistan on seventh, Joe Root of England on ninth and Ben Stokes of England on tenth spot.

i.India tops the list with 120 ratings followed by Australia with 108 rating is on the second spot and New Zealand with 105 rating occupies the third place.

ii.South Africa is on the fourth, England on fifth, Sri Lanka on sixth, Pakistan on seventh, West Indies on eight , Bangladesh on ninth and Afghanistan on the tenth place.

i.Australia Pat Cummins tops the list with 904 points followed by Neil Wagner of New Zealand with 852 points and Jason Holder of West Indies with 830 points.

i.West Indies Jason Holder tops the list with 473 points followed by Ben Stokes of England with 411 points at 2nd rank and India’s Ravindra Jadeja with 406 points at 3rd position.

ii.India’s Ravichandran Ashwin is at fifth position with 308 points.