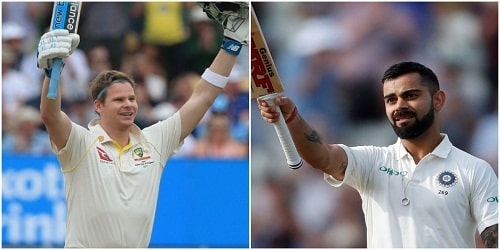 Key points:
i. Kohli, who played brilliant innings of 254 runs in the Pune test against South Africa, is now just 1 point behind Smith and needs two points to surpass him.
ii. Cheteshwar Pujara and Ajinkya Rahane are 4th  and 9th  respectively. Apart from Kohli, these two are the other Indian batsmen in the top 10.
iii. In bowlers ranking, Ravichandran Ashwin has also gained three places. He is now in seventh place, while Bumrah is still in third place.
iv. Talking about all-rounders, Ravindra Jadeja is in second place and Ravichandran Ashwin is at number five.