Hi Readers, One of our team members Shubhra you all know her very well. She has shared her IBPS PO V Interview Experience. You can learn from her experience and find a way for yourself as well in the upcoming days. 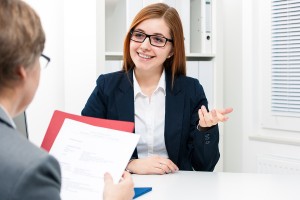 The interviewers had enough knowledge, and it was like that they have done their job properly of preparing questions for asking, but we had not prepared to that extent of answering their questions. They were asking the terms in banking which we had never heard before. My whole interview was in Hindi, but sharing here in English so that you all can read.

M1: Asked my name and introduction.

M1: Ok, when did you complete your graduation?

M1: Since then what are you doing?

Me: Sir after that I started preparation for banking exams, and also since past few months I am posting quizzes on a site which helps people preparing for banking exams and other related exams.

(All were like they have listened a new thing, started asking me what kind of work I do and what is the site’s name?)

Me: Sir its Affairscloud.com. One of them wrote the site’s name and again asked. Ok its affairscloud.com? I said yes sir (Might be they were going to check that whether I am not lying :D) Then one of them said, I think I have listened this name before. And said so you are giving a type of e-teaching. I said yes sir.

Then they started suggesting that I should start my own start-up :D. I said sir I don’t have this type of plan right now.

M2: What are negotiable instruments?

Me: (I answered in Hindi since all were asking in Hindi) Negotiable instrument is a document which guarantees the payment of a specific amount of money. Like promissory note, bill of exchange and cheque.

M2: Asked about a section in negotiable instruments act, might be it was section 138.

Me: I had no answer to that, so told do not know the inner points of the act.

M2: Asked the terms I had never listened before and I could not recall it now also what the terms were, so told him that I have not listened about this.

F: What is e-loby? It is very popular these days.

F: How is artificial intelligence useful in information technology?

Me: Answered a little bit, tried to make her convince with my answer but could not. So I could not answer to the questions of female member.

M3: What is consortium banking?

Me: Sir, when more than one bank lends to a single consumer, it is called consortium banking. Like if a project is very large and lending is not under the scope of single bank or sometimes not to have the whole risk of lending on 1 bank.

M3: Ok, so if one bank’s lending become NPA (non-performing asset), then all will go NPA?

Me: No sir, it depends that how much money the customer has given back. It will depend on that.

M3: What is moratorium?

Me: Sir, in banking it will be related to that period when loan paying is not started. Like I have taken a loan, now I have to give EMIs, so the period before I start paying EMIs will be the moratorium period.

M3: What is difference between insolvency and bankruptcy?

Me: Sir, so not know about insolvency. Bankruptcy is when banks do not have money. NPAs have so much increased.

M5: Hyderabad is which state’s capital?

M5: Then, what is of Andhra Pradesh?

Me: Sir, Amravati (I think I made a mistake here. Hyderabad is for both for 10 years. After 10 years, Amravati will be there.)

Me: Thank you sir, thank you mam.

So overall it was ok. It was not too good, not too bad. Do carry all the documents and also check your name, and parents. (One student was asked to go and get make an affidavit because in the certificates his father name was Suraj Kumar Singla and in form it was Suraj Singla, she was lucky because they told them that the court is near and get it). So do carry the proper documents and also get make affidavits if there is some change in name spellings somewhere.

All the Best Shubhra :)