Medal tally: China emerged as top of the medals standings with 6 medals (4 gold,2 bronze) in this event, while India ranked 9th with 8 medals (2 Silver, 6 Bronze). 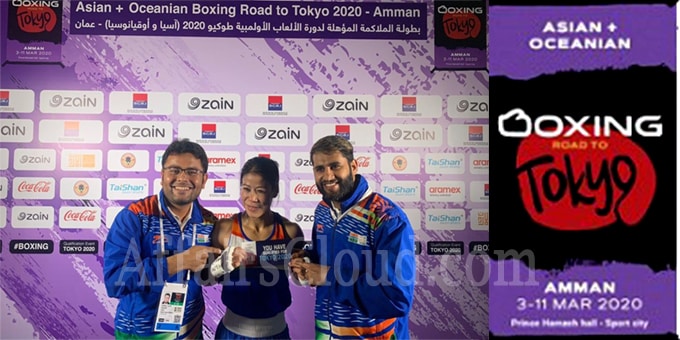 i.This tournament was meant to have taken place in Wuhan, China in February 2020 but was postponed and relocated due to the outbreak of coronavirus.

ii.Boxers of the Asian and Oceanian continents competed for 63 Tokyo 2020 Olympic quota places – 41 for men and 22 for women.

Points to be noted for Boxing Tokyo olympic qualifiers event:

i.In February 2020, already 33 boxers have qualified for olympic places through African qualifying event that was held in Dakar, Senegal.

ii.The European qualifying event will take place in London in March 2020.It will be  followed by the Americas qualifying event 2020 in Buenos Aires, Argentina. For those people,who fail to qualify through their continental event, they will get a 2nd chance at a world tournament 2020 in Paris, France in May, 2020.

i.With this, he is the 2nd javelin thrower after Neeraj Chopra who will represent the country in this games.

ii.Neeraj, who is considered India’s biggest medal hope in Olympic at the beginning of the year before Shivpal Singh, won the Olympic ticket by throwing 87.86 meters at the ACNW meet in South Africa.