The 13th edition of the South Asian Games (SAG), officially known as XIII South Asian Games held in Kathmandu and Pokhara in Nepal. These were organized by the South Asia Olympic Council (SAOC). India topped the medal tally winning a total of 311 medals comprising 173 gold, 93 silver, and 45 bronze medals. India was followed by Nepal and Sri Lanka in the second and third rank respectively. 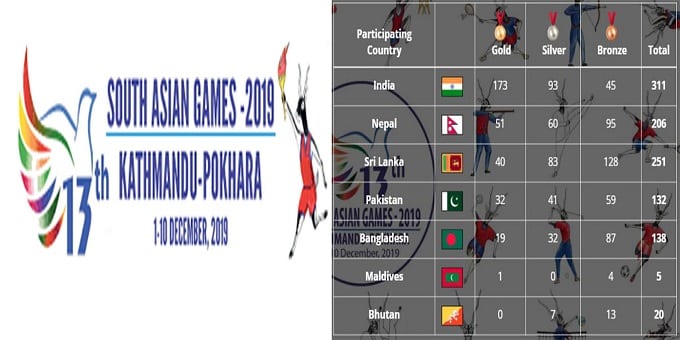