On December 9, 2019, The United States(US) decided to shut down the appeal court of WTO (World Trade Organisation) in response to WTOs decisions against the federal trade rules imposed by the US administration. WTO’s appeal court acts as a trade dispute settlement body for its member countries. 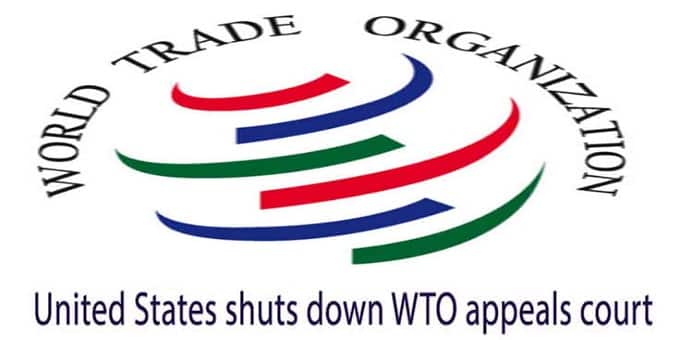 i.Reason for shut down: The appeal court which consisted of 7-member body was then cut down to a 3-member body in 2018. Recently, the terms of two of the last three judges on the WTO’s appellate body ended on December 10,2019.

ii.Future case hearings: The lower court of WTO can hear dispute cases but it cannot move to the higher court hereafter due to the shutdown by US.

About World Trade Organisation(WTO):
Fact- The WTO officially commenced on 1 January 1995 under the Marrakesh Agreement, signed by 123 nations on 15 April 1994, replacing the General Agreement on Tariffs and Trade (GATT), which commenced in 1948. It is the largest international economic organization in the world
Founded- 1 January 1995
Headquarters- Geneva, Switzerland
Membership- 164 member countries.