On January 18, 2020,According to the rankings of ‘Central and state governmental water departments based on their efficiency targets for 2019’ released by Ministry of Jal Shakti, Gujarat ranked the best for parameters on efficiency targets , while National Capital Territory of Delhi remains in the worst-performing state category. 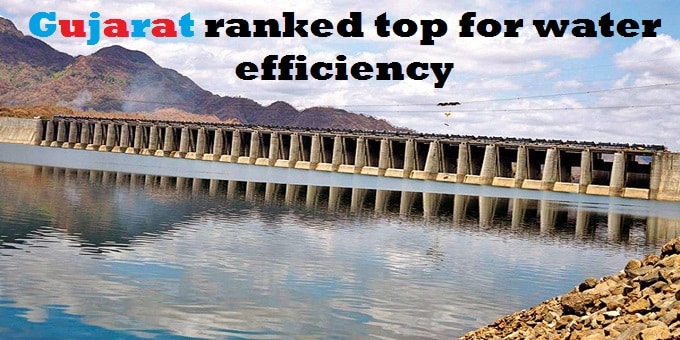 Rajasthan has been ranked 3rd in the country this time, while in the April-May 2018 rankings, Rajasthan was ranked 16th. In the rankings released in December-2019, this state made a big jump and is one of the reputed states for best management of its water resources.

iii.Previous ranking: Telangana had topped the state’s water efficiency in the previous year (2018) ranking while Gujarat was ranked seventh place.

The ranking is part of a mid-term review by the central and state government working with water to achieve the goal of providing piped drinking water connections to every household over the next 5 years. Another objective of the ranking is the Water Resources Information System (WRIS) to create a real-time integrated National Water Information Center (NWIC) for all states.