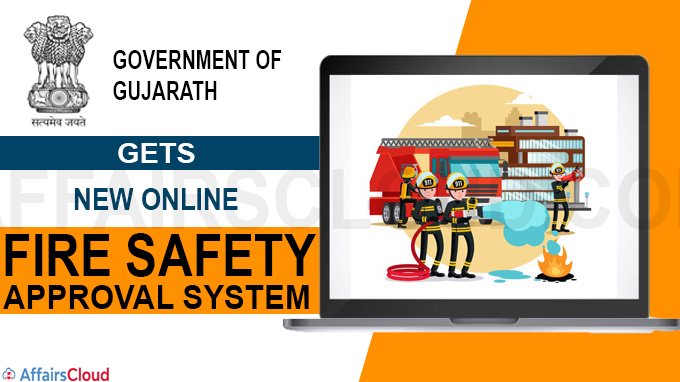 –The FSO will be required to check fire safety measures every six months.

The FSOs will be of three categories, namely general, advance and specialist, and will undergo training in Gujarat State Institute for Fire Safety Training (GSIFST).

–The new system also provides for penal action against FSOs, owners, builders, occupiers etc if any kind of negligence is detected.

i.On November 8, 2020, the Government of India renamed the Ministry of Shipping as the Ministry of Ports, Shipping and Waterways. It was announced by Prime Minister (PM) Narendra Modi during the virtual inauguration of Ro-Pax Ferry service between Hazira in Surat district in south Gujarat and Ghogha in Bhavnagar district of Gujarat.

ii.On November 4, 2020, 2nd Batch of Three Rafale Fighter Jets landed at the Jamnagar Air Base in Gujarat. The fighter jets took off from Istres air base, France and flew continuously over eight hours covering 3, 700 nautical miles (6, 852 Kilometres) before landing in India.