In order to encourage savings, Central Government has issued a notification allowing all public sector banks and top three private sector banks (ICICI Bank, HDFC Bank and Axis Bank) to accept deposits under various small savings schemes, which until now, were only sold through post offices. 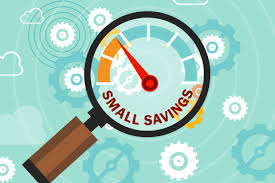 Since April 1, 2016, interest rates of all small saving schemes have been linked to government bond yields and are now notified on a quarterly basis.