On December 13, 2019 the ministry of Social Justice and Empowerment(MoSJE) has announced to extend the deadline of Accessible India Campaign to March 2020 due to its slowed progress. The decision in this regard was taken by the Central Advisory Board(CAB) chaired by social justice and empowerment minister Shri Thawar Chand Gehlot.  Accessible India Campaign is a program that aims to make public spaces friendly for persons with disabilities. 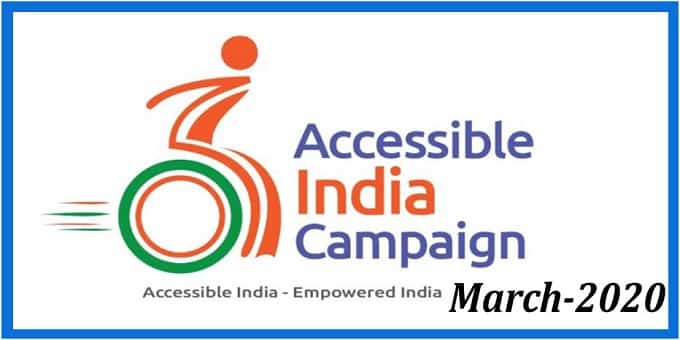 About Accessible India campaign:
Fact- It is also known as Sugamya Bharat Abhiyan and was launched to serve the differently-able community of the country.
Launch- 3 December 2015 (coinciding international day of persons with disability).