On December 15, 2019, research and consulting organization Coeus Age Consulting has released a report titled “Digital States of India – A Comparative Analysis” for the year 2019. The report which is a 2nd in series with the first report launched in 2017, is about mapping all the States and Union Territories(UT) of India on their policy and infrastructure readiness and mission mode project’s performance. As per the report’s mapping, Chhattisgarh has emerged as the top state. 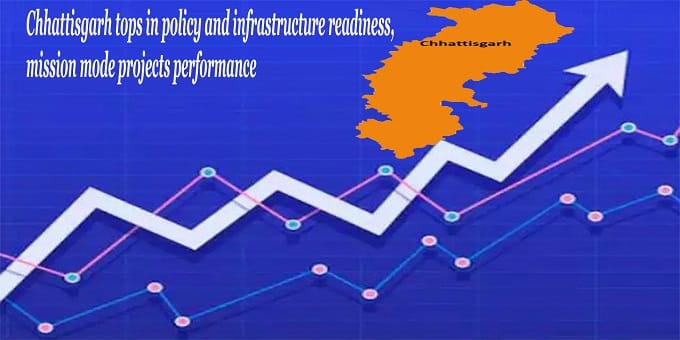 i.Top 5 states: Chhattisgarh was followed by Maharashtra, Haryana, Andhra Pradesh and Madhya Pradesh in the 2nd, 3rd, 4th and 5th place respectively. It is to be noted that 5th ranked Madhya pradesh was ranked 1st in 2017.

ii.Parameters used: 128 parameters across PIR and MMPs, and 15 state specific MMPs were considered for the study.

iii.The states and UTs were grouped in 4 clusters. They were Leading, emerging, promising, and lagging digital states.