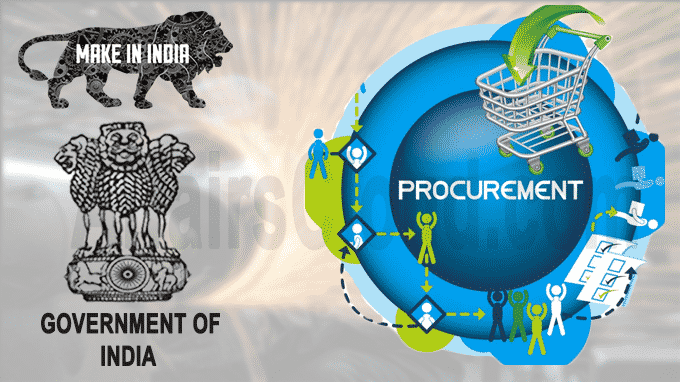 In accordance with the revised Public Procurement (Preference to Make in India), Order 2017, the government has modified public procurement norms for giving maximum preference to companies whose goods and services have 50% or more local content.

-Class-I local suppliers will get the most preference in all government purchases because their domestic value addition is 50% or more. They will be followed by Class-II suppliers, whose value addition range is more than 20% but less than 50%. On the other hand companies with less than 20 per cent of domestic content in their goods or services will not able to participate in most of the government tenders and they are categorised as “non-local suppliers”.

-For purchases of goods/services with an estimated value of less than Rs 200 crore, global tender enquiry will not be issued except with the approval of the competent authority as designated by the Department of Expenditure. Earlier, only local suppliers were allowed to bid for procurement orders worth less than Rs 50 lakh.

Local content means the amount of value added in India, which shall be the total value of the item procured (excluding net domestic indirect taxes) minus the value of imported content in the item (including all customs duty) as a proportion of the total value, in per cent.